When I was in high school, one of my favorite times of the school year was Homecoming. A big dance, a football game, cheerleaders, the queen and the king, the marching band… And the parade. Every class created a float for the homecoming parade, and my class was pretty darn good at making floats. We’d get together to come up with ideas and after that we’d sketch out designs; the fun really began once we were ready to start building that float. Every year, for four years, we built our float at Cami’s house, because her family had the absolutely perfect float-building setup. For a few weeks, we’d all go there after school and on the weekends, to socialize and put things together and socialize and paint and socialize. Those were golden moments wrapped in fun and problem-solving and hard work, and I remember all of it with great fondness.

Here in France, I have found something similar with Carnaval. Instead of a football game, there are lots of costumes. Otherwise, the similarities abound: Often there’s a queen (but not this year, no explanation). There is alcohol involved; also dancing and laughter and confetti. The creativity really flows. It’s a dandy time to be with people in the community and create something together. Warmth and humor surround us, helping us to forge lifelong memories. I know this because at one of the costume meetings, Eliette took out photographs of the past 15 years or so of Carnaval, and everyone but me had stories to share. The moment a new photograph appeared, heads snapped up, voices rose, and words came flying fast and furious. There were smiles and laughter, plus a little wistfulness as people no longer here were remembered.

Costumes
For our social club, it all begins with the choice of a theme, and the announcement was made that this year’s theme would be Creole. A date was selected for the ladies to go to Eliette’s house to begin figuring out costumes, and the lady herself gave me the eagle eye to secure my commitment to be there. Somewhere along the way I missed a piece of information, so I arrived an hour earlier than everyone else, but this was good. I had the opportunity to speak with Eliette by myself, in my halting French, to try to understand how this thing was supposed to work. That hour was enjoyable and helpful, although by the end of it I was still a bit in the dark.

Soon the others began arriving, and we were deep into conversations about how to put together a costume for each person participating. We already had several clothing items to choose from, and some of the ladies had brought lengths of fabric to use, or skirts to re-purpose. Eliette produced boxes of costume jewelry and boxes of scarves. There was a riot of sound as items of clothing were held up for approval, designs debated, shoes found, jewelry exclaimed over. I was feeling grateful for that first hour alone with Eliette.

The general consensus was that we would all wear some variation on white blouses and white skirts, with vivid madras plaid overskirts. I was trying to make things easier, so I told Eliette that I could use a colorful plaid apron, tied on backwards. She was skeptical, but she let me go with it. I should have been forewarned by the storm clouds on her forehead.

What to do with our hair? Eliette and I had found some photos of women wearing scarves tied close to their heads, and we showed these to the group. The consensus was … no consensus. However, I quite liked the idea, and that evening I searched online for tutorials for tying such a scarf. It turns out the scarf is called a panji (say pohn-yee), and it is remarkably flexible and lovely. And a panji can be made of pretty much any piece of cloth. So I practiced a bit, and by the time of the second meeting, a week later, I was demonstrating the technique to the other ladies.

At that second meeting, we tried on what we had and made adjustments. Eliette, clearly the queen of this show, was obviously unhappy with my apron, which was summarily removed from my hands as she told me she’d decided to make me a skirt/overskirt combo. The parade was about ten days away, and her sewing machine had already been heavily used, but there was no hope in arguing the point. I would have a proper costume.

All gatherings involve food and drink. What I mean by that is, all gatherings. At Eliette’s house, we spent an hour or so exclaiming over costumes, and suddenly, almost as if an alarm had sounded, all the busy-ness came to an end, and we gathered around the table. There were homemade cakes and cookies, strong coffee, and hard apple cider from the north of France. Each time we got together, the baked goodies and the drinks were different. This is an art form, and I’m taking notes.

Decorating the official parade car
At the second costume meeting, I was asked to help figure out how to decorate the official car of our club, the lime green Citroën Mehari belonging to Pierrette and Jean Marc. Thus I had a new set of meetings to attend, and more cake to eat. At our first meeting it was decided to make a giant pineapple to stand in the back of the vehicle. We began discussing how to construct the basic form, and Pierrette offered a plastic barrel about three feet tall. This was quickly deemed too small, and soon several people formed a subcommittee to figure out the structure. I was relieved to be excluded from this subcommittee, but soon learned that my presence was required at the unofficial subcommittee of crepe paper flowers. Ahem. Before anything else could be done, we had cakes to enjoy in Pierrette’s kitchen, plus samples of her first try at the (loaded) Caribbean-style punch she was planning to make for the parade itself.

Crepe paper flowers
The next day I arrived at our club’s headquarters to help make crepe paper flowers. As it turns out, this is not a skill I already had, and like so much else that I do here, I needed lessons on how it’s done. As soon as I walked through that door, I experienced a major “who knew?” moment when I was shown the device that seemingly everyone owns and which is used for making the paper flowers. I asked several people what this device is called, and it turns out to be a nameless and relatively regional invention. I was told a story about someone in another town who got tired of the slow process of making the flowers, and came up with this clever design to speed things up. Somehow, the device migrated to my little town, and perhaps nowhere else. Who knows? No one knows. (This is the place to insert a Gallic shrug.) Meanwhile, most of the ladies of the club own such a homemade device, which they bring along when it’s time to make flowers for decorations for any event.

Eliette set me up at one such device and gave me a quick lesson in how to use it, with flying words and fast-moving hands. No surprise, she’s much faster and more dexterous than I, but I began to get the hang of it right about the time we stopped a couple of hours later for… wait for it… tea, coffee and cakes!

Meanwhile, the basic form of the The Giant Pineapple had been built, and we were summoned to start adding flowers. It turned out that the pineapple required many more flowers than originally anticipated, so there was an emergency trip to purchase more crepe paper, plus a few extra sessions in the flower factory.

How to grow a (paper) pineapple
The clever folks who built the pineapple’s form included red string in a diamond pattern, something for us to follow to create the pineapple’s pattern. We had a couple of people on the inside to receive and tie on the flowers as they were poked through the chicken wire frame. I partnered with Bea, and together we zipped through a section of the orange outlines of the diamonds (plus we laughed a lot).

Later, after cake and punch (you knew that was coming, right?), I was asked to take some pineapple-shaped paper plates and write a letter on each one, to spell out “La compagnie qui rigole,” meaning “the company who laughs.” The day before the parade, I returned to Pierrette and Jean Marc’s house to attach the letters to the car. Jean Marc had the idea of attaching the letters to a strip of wood and then mounting the wood to the car, which was brilliant. The Giant Pineapple appeared to be mostly finished, and those long green leaves that Claude had been making would be attached just before the parade.

The parade
The big day arrived, a gorgeous blue-sky day that was about as perfect as you could request for a parade. I had been invited to have lunch with Maryse, Claude and Maryse’s son Olivier. We enjoyed a delicious feast that featured lots of storytelling and laughter, and then suddenly we had almost no time to change into our costumes. After a couple glasses of wine, and in a rush, I didn’t do as well with my panji as I would have liked, but it worked fine and held up well into the night.

Because we were a little late arriving, I also didn’t have the time to walk around and see the other groups’ costumes and decorated vehicles as I’d done last year. But unlike last year, I knew most of the people in our group, and it was fun to visit with everyone, snap some photos, and get started on Pierrette’s punch.

One thing I was not prepared for was how many of our group came in blackface. Given all the current conversation about blackface in the United States, I was a little taken aback to see it here. But after talking with a few friends, I realized that there is simply a different sensibility about it here than in the U.S. It was considered part of the costume, and nothing more. And they peered at me with slightly puzzled looks about why I’d even mention it. So I gave my own Gallic shrug and carried on enjoying the day.

After the parade, everyone—all parade participants, the whole town, and all visitors—was invited to the Salle des Fêtes for a drink, but we got there and realized how tired we were. We decided to take five at Maryse and Claude’s house before the next event, a dinner for parade participants at club headquarters. There was also a public dance with a live band that night; the following night there was a masked ball. My tired legs and I didn’t attend either of those.

And thus another Carnaval celebration has come to a close, some folks are observing Lent, and Easter is just a few weeks away. Many of us are basking in the glow of wonderful days spent together with silly grins on our faces, creating memories to dredge up in a future year, sitting around Eliette’s table of cakes. 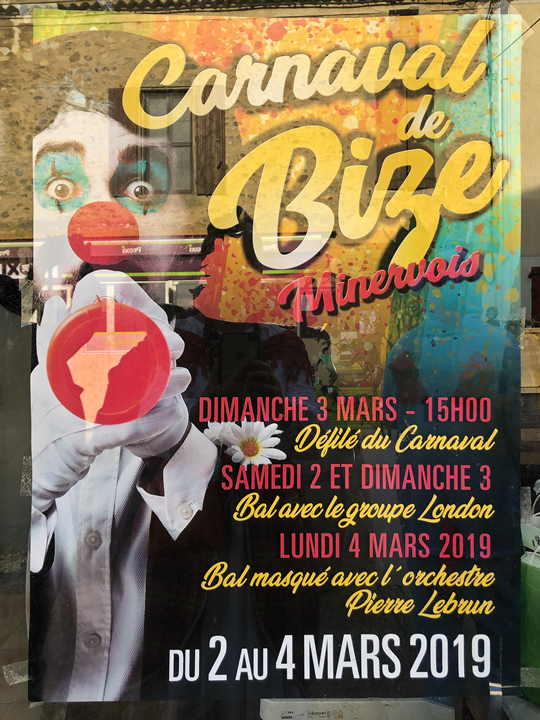 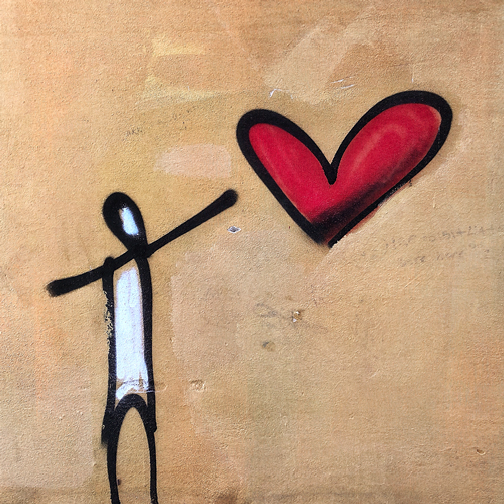 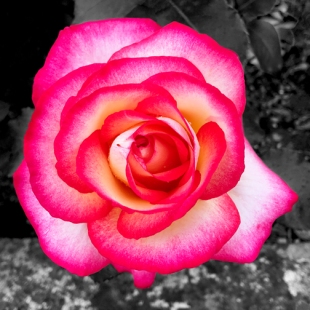 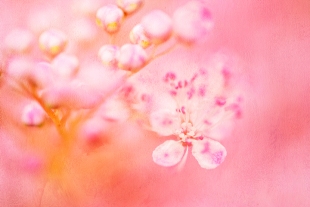